I got a new tablet recently. I use it only to read PDF while I sit on the front porch smoking cigars (well--I did use it to follow the attempted fascist coup). Today Danny notice that the background is Knopff's Oedipus and the Sphinx and asked what it was. So I told him the story, ending it this way:

And the people so loved Oedipus for freeing them from the Sphinx that they made him king, giving him the wife of the old king Laius, Jocasta. And they all lived happily ever after.

I didn't want to spoil it when he first sees or reads the play.

Unfortunately saw a moment of the Republican convention. Trump's offspring have an aunt who was a federal judge and a great uncle who was a physics professor. Can you imagine what it would be like if one of them had a brain like that?

The closure of the libraries has hit me very hard. Lately I've been reading the short stories of Hawthorne. This morning I read one set during the tyranny, as he described it, of James II. The governor of Massachusetts set in motion a parade of a company of soldiers. The street was lined with people who considered themselves oppressed. An old man walked out in the middle of the street and stopped the troops' advance. The governor threatened to trample him, but seeing what that would do to the crowd, instead turned his little army around and left instead. It turned out the old man was some kind of phantom of liberty sent from heaven. In contrast, the other day I saw a montage of film of the police attacking and knocking down old white men, including one who couldn't get out of the way fast enough because he walked with a cane, and, of course, the 75 year old Antifa agent who was attempting to bring down the whole of the police's communications network with his "scanner" which was cleverly disguised to look like an ordinary cell phone.

I see that Dirk Obbink has been arrested.

Despite his name, he comes from Nebraska. He is also the world's leading expert on Greek Papyri.

In the late 1890s an organization called The Egypt Exploration Society excavated the garbage dump in a town called Oxyrhhynchus in the Fayum in Egypt. Among other things, it contained all the book and papers that had been tossed there between about 300 BC and 300 AD. The lot was trundled off to Oxford, several 55 gallon drums full. It's been worked on by a staff of about 6 scholars continuously since then. Their publications amount to at least 150 volumes now, which is only a small fraction of what is there. Among other things found there were 4 poems of Sappho (Obbink edited one of them), a half dozen plays by Menander, Aristotle's The Constitution of Athens (his only real dialogue we have; what we call the text of Aristotle is really the classroom notes taken by his chief students), among other trifles. Obbink eventually became the director of all that, after a career that included publishing the Epicurean papyri salvaged from the Villa of the Pisones in Herculaneum buried by Vesuvius in 79 (the exact books Lucretius and Virgil read when they were studying there).

What Obbink did was sell a few old stolen fragments of the Septuagint (the Greek translation of the Hebrew Bible) to one of the most obnoxious American crackpot Bible-thumping millionaires (he's the one who who sued and got the right to exclude birth control pills from his worker's health insurance), who also bought a huge haul of stolen antiquities from Iraq. Somehow when the FBI comes to get this stuff from him, he just claims he didn't know it was stolen and, since he is a millionaire, they never arrest him.

Here is what Obbink bought with the money: 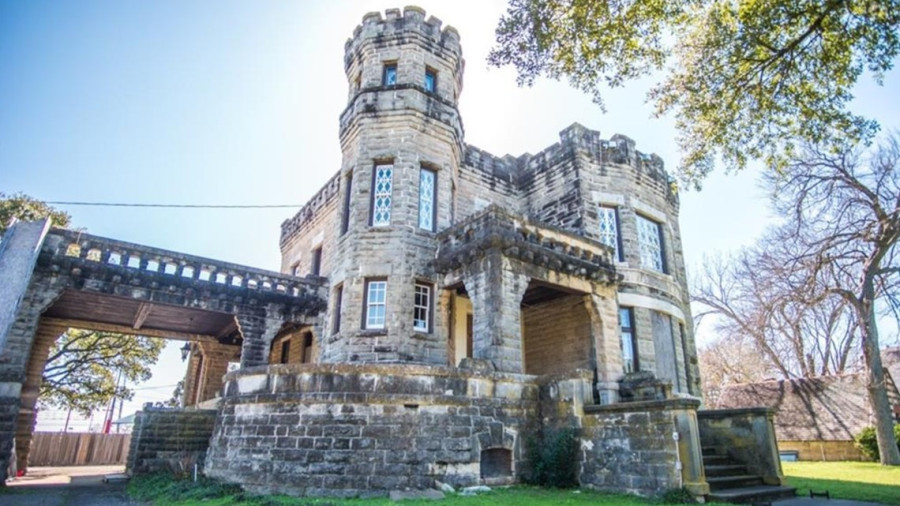 The Cottonland castle in Texas. He since had to sell it to pay his lawyers and it was bought by the producer of a home remodeling show.

I've read many of Obbink's articles, and once many years ago, when I was attending the Summer Seminar of the American Numismatic Society I went to a party at his aprtment. All he did was complain. He had to a take a year off to go back to Nebraska to have some kind of surgery. He was stuck teaching at Barnard College where he would never have any graduate students. I suppose he complained about how little he was paid at Oxford too--which would be true. There is no position in Classics that could pay him what his skill and epxpertise is wroth. But now he'll never be able to touch another piece of papyrus.

After posting links to video of Andrew Lloyd Weber musicals (which in itself might be a sign of the end times), Med Cat posted links to various opera companies that have put some film records of their performances out beyond the paywalls.

These may be alright for listening, but hardly for watching.

When a film is based on an opera, made by a film director and edited in the usual manner of film, there can hardly be anything better. But I am aware of only four examples: Lousy's Don Giovanni, Bergman's, Zauberflotte, Branagh's Zauberflotte, and Rossini's La Cenorentola directed by Pierre Ponelle (he was an opera stage director who filmed his own productions--he made an earlier Orfeo which is not as successful). 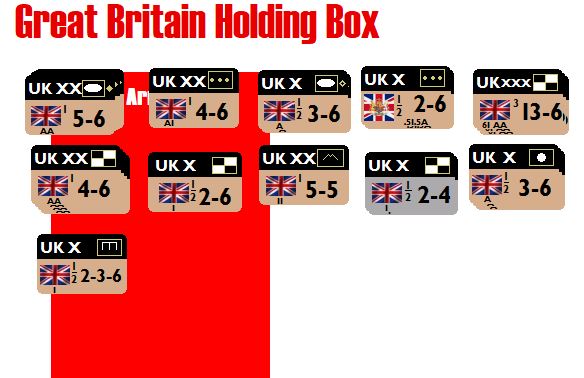 This is from a game in which Hitler never came to power and Stalin attacks Weimar Germany in 1941 (given the growing Soviet threat, Germany has re-armed, but not as much as Hitler ahd by that point). The image shows the British army on Great Britian waiting to come to the Germans' aid. I beleive the font is actually Goudy Stout which is basically a thickened version of Gill Sans.

Actually the Soviets initally attack Poland, and the game begins about 24 hours after Polish surrender (June 17, 1941) by which time German diplomacy has secured British support and they attack a strung out and somewhat disorganized Soviet army. Since the Germany economy in this case has full acess to world markets (and the Soviets receive no Lend Lease and are under a total embargo), its not very diffiuclt for the Allies (Britain, Germany, Italy, and Romania) to occupy Moscow by the end of 1942, but the victory conditions balance this by requiring they reach the Urals (which was the planned objective of Barbarossa).

This shows the Moscow-Tula area of the map: 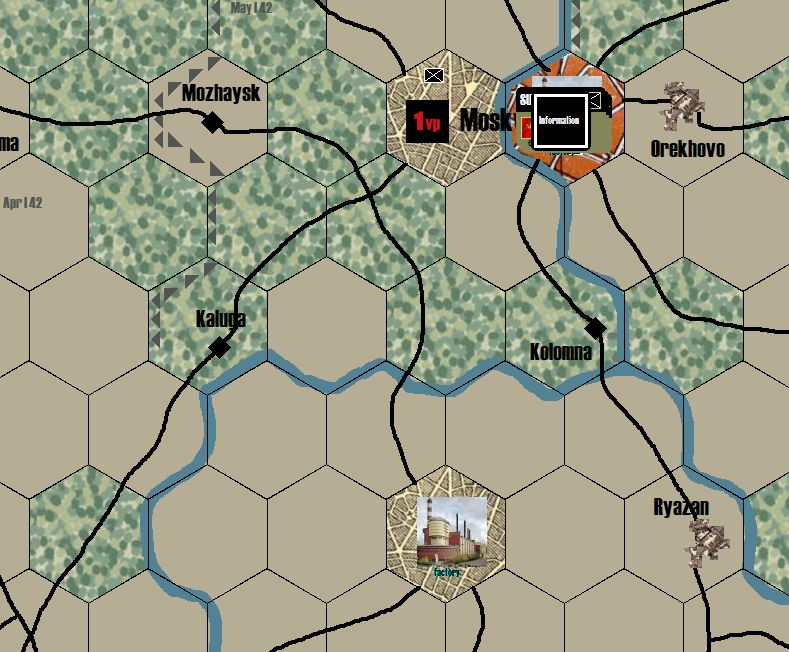 I have Rings by Solti and Haitink, but for some reason no one but von Karajan could get the hammering on the anvils in Siegfried right.

Over the past week, I've had occasion to go over Childhood's End and 2001, and Clarke just did not understand anything about evolution. Those books are pure religious eschatology. His grip on evolutionary science was looser than Ken Ham's.

He also didn't understand anything about magic.